Blog
You are here: Home / Blog / Blog / About Fatherhood

“The greatest gift I ever had came from God, and I call him Dad!”

How does one become a good father? What are the yardsticks by which we measure the goodness of a father?

This is a subject for discussion and application of thought. Who is the final judge about the goodness of the father? The mother? The children? Society? What qualities should a man possess to be called a good father? These questions generate a bigger debate.

Can a mother judge her husband about his goodness as a father? That judgment can depend on so many probabilities. What are her yardsticks? How was her father? What are her beliefs? Do these beliefs match those of her husband? How much does she love her husband and her children? If it comes to taking sides, whose side will she take? Will it be a well thought-out decision or one colored by many other factors?

Can the father judge his own goodness? What may be correct according to him, may be wrong according to her children? The man carries his psychological baggage and many times may be prejudging and expecting responses. Generation gap plays a bigger role. As the world progresses, priorities, tastes, values, everything undergoes change. Therefore a man himself cannot pronounce himself as a good father. Children will contest that, if he does not accept their beliefs. Which child will call his father a good father, if the father has different ideas about partying, relationships, studies, etc.

Can the children judge their father? The children surely wish for a father who not only agrees with their ideas, but supports them in all possible ways in enjoying life. What is to be thought about fatherhood and how does one become a good father? The best way, might be to accept the generation gap, listen to children before giving orders, have a fair debate on all important issues, and tell children exactly about values that will decide the final action. After doing all this, one should simply do one’s duty, do the best of his abilities and leave the rest to prayers. And before attempting to become a good father, one should first become a good man.
“One night a father overheard his son pray: Dear God, make me the kind of man my Daddy is. Later that night, the father prayed, Dear God, make me the kind of man my son wants me to be.” – Anonymous

Gregg Riley is a motivational speaker, author, and retired U.S. Army Colonel. Invite him to speak at your next event. To book Gregg Riley, call 877-777-9019 or visit http://www.greggriley.com/contact/. 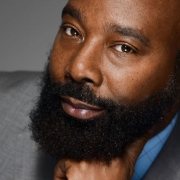 The Power of Taking Action

The Power of Taking Action

VIOLENCE is our Addiction!
Scroll to top