After my freshman year of college, I returned home to the DC area for summer break. I got a summer job, made some new friends and I met a “Fine” young lady.  We struck up an instant friendship. She was my “Southern Girl” (look up Maze if you don’t know). We hung out together all the time. One night we were out we decided to stop in the park. I’m thinking it was Rock Creek Park (remember the song). We knew we weren’t supposed to be in the park after dark, but did it anyway. We were young and dumb; a combination I’m sure you can identify with.

So we stopped, talked, laughed and played. Suddenly, a bright light illuminated the entire car. Startled and scared, I drove off for a quick second. I looked back and saw it was the police. I stopped.

The policeman, a white officer, followed immediately in his car. I mean he was on me like white on rice, if you know what I mean. He came to the driver’s side of the car. I could see he was scared by the way he approached the car with his hand on his weapon. I rolled my window down and put my hands on the dashboard and was completely still. I told my girl to do the same. He asked for my license, registration and her ID. Then he asked what we were doing. We said; “nothing, just talking”. He asked if we had any drugs or alcohol on us. I quickly said; “no, we didn’t have any drugs or alcohol” in the best respectful voice I could find even though I was shaking on the inside.

He looked at me puzzled, went back to his car and I guess called it in and checked on my license. He came back to the car and proceeded to give me a good talking to or should I say lecture. Then, he simply said, “Son, take her home and then, you get your butt home”. I said, “yes sir” and did exactly that.

The moral of the story – Everyone should make it home every night; Black Men and Police Officers.

God Bless the families of Alton Sterling, Philando Castile, the Orlando victims, the Dallas and Baton Rouge Police Departments and the victims and families of violence throughout this country and the world.

Let’s get this thing right! I’m in, are you?

Thanks for following this series. Please like, share and continue to come back to my site. The support is fuel. For more solutions to the problems we face in our communities, read Steps to the Promised Land.

Starting change is the hardest part. Changing is easy! 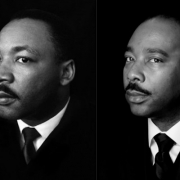 A New Approach to an Old Problem- Racism 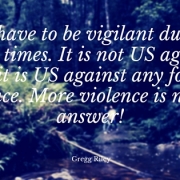 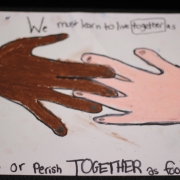 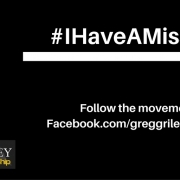 Keep On Track with a Vision Statement
Scroll to top